Why did Jesus have to die?  His life began with angel choirs and ended on a cruel Roman cross! Jesus is the central figure in the history of humanity and His death changed the world – and it CAN change everything for you! Pastor Marcus Nodder will unravel the questions that plague many people, even Christians, and find their answer in the beauty, power, and reality of the cross! 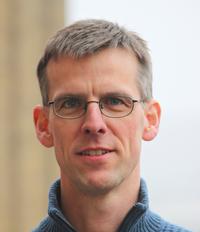 Marcus Nodder has been the senior minister at St Peter’s Barge, London’s only floating church, since 2004. He is married to Lina and they have four children – Sebastian, Reuben, Harriet, and Nelson – and a Beagle called Sally. He studied French & German at Cambridge University, where he spent many happy hours rowing, and is also a graduate of Oak Hill Theological College.