Chris Brooks is taking a few days to celebrate his wedding anniversary with his wife, Yodit so Collin Lambert will be filling the host’s seat on Equipped this week.  Sociologist George Yancey joins Collin to discuss the shortcomings of anti-racism philosophy and help us find a better, more Biblical way forward!

EQUIPPERS YOUR CHANCE TO BE PART OF A LIVE ZOOM MEETING WITH CHRIS BROOKS IS COMING TO YOUR EMAIL INBOX SOON!!! 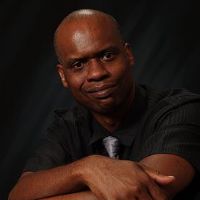 George Yancey is a sociologist and professor of sociology at Baylor University. Dr. Yancey's academic interest lies in race relations and anti-Christian attitudes in the United States. Concerning racial issues, he has developed a Christian model for race relations that can take us beyond colorblindness and anti-racism.  This is covered in his book Beyond Racial Gridlock. While his early academic career dealt largely with racial issues; lately he has focused on issues of Christianophobia. Many of the lessons learned dealing with racial issues also apply as it concerns anti-Christian bias.