Restorative Practices in a Time of Unrest

What are the causes of the unrest in our nation and how should our purpose and action change to make a difference?  Chris talks with former Police Chief Charles Craft and about the underlying causes of the tension in our nation and how we can redeem this era in history for our good and God’s glory.  Then we hear from community leader Henry McClendon who leads a ministry of reconciliation between police and civilians.  Learn practical, spiritual principles to apply to this hour of history! 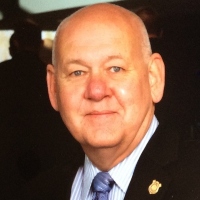 Charles T. Craft has 39 years of law enforcement experience, retiring in February of 2009, as Chief of the Troy Police Department, a position he held since early 1998.  During Craft’s tenure as Chief of Police, the City of Troy consistently ranked in the top ten safest cities in America. Following his retirement, Chief Craft was appointed Manager of Basic Police Training & Police Academy Director for Macomb Community College Regional Police Academy, a position he held until 2016.  Chief Craft has a B.S. in Secondary Education from Wayne State University, an M.L.S. from Eastern Michigan University, and is a graduate of the Northwestern University School of Police Staff and Command as well as numerous in-service training programs. 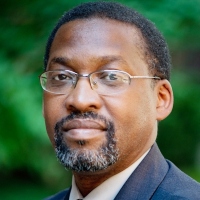 Henry L. McClendon, Jr. is a life-long resident of Detroit, MI. He currently serves as the International Institute for Restorative Practices Graduate School’s Michigan Regional Representative and Vice-Chair of its International Board of Trustees. Throughout his life, his work has focused on the infusion of restorative practices into multiple systems to improve the culture and climate among the people working within those systems and the people they serve.
Additionally, he has thirty-five years of experience in a variety of pastoral ministries including thirteen years in his current assignment as Pastor of Berean Chapel of Detroit. He and his wife Cheryl just celebrated 35 years of marriage. They are proud parents of three adult children and 4 totally awesome grandchildren!