The Woman behind Chick-fil-A

Do you enjoy a good Chick-fil-A sandwich? Many of us do! While Truett Cathy was building Chick-fil-A, his wife Jeannette was raising their children, and together, they built an empire based on Biblical principles. Their only daughter joins Collin Lambert to share more about her mother’s life and her role in one of America’s fastest-growing food chains.  Don’t miss the back-story about the woman of Chick-fil-A on this edition of Equipped! 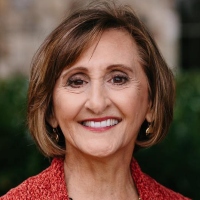 Trudy Cathy White is a native Georgian and the only daughter of Jeannette and S. Truett Cathy, the founder of Chick-fil-A, Inc. An ambassador for the family business, Trudy has held various roles within Chick-fil-A including that of restaurant operator at just 19 years old. White and her husband, John, served as missionaries in Brazil and co-founded Lifeshape and Impact 360 Institute.
She is a speaker, author, dedicated wife, mother of four, and grandmother of 15. Every day she is fueled by her passion to be intentional with her influence.