Do you know the best way for us to reach those who don’t know Jesus?  It’s on our knees! Collin Lambert will be taking the host’s seat to help us learn the crucial role we must play in carrying the good news of Jesus to those who have never heard His name. Ed Cannon and Wayne Pederson join him with stories to enhance our understanding and inspire our prayers for the unreached!

More information about the International Day for the Unreached is available here. 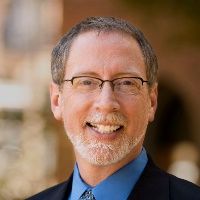 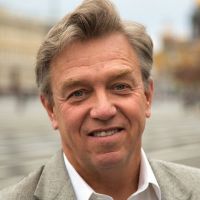 Ed Cannon became the President and CEO of Far East Broadcasting Company in 2012. Prior to joining FEBC, Ed spent 9 years at Moody Bible Institute in Chicago as Executive Vice President and Chief Operating Officer as well as over 25 years within the oil industry, including progressive leadership positions with British Petroleum, Amoco and Standard Oil Company.
Currently Ed serves on the Board of Directors for the National Religious Broadcasters (NRB), Hands of Hope (an African Evangelical Relief Organization), and Revive Our Hearts.

Wayne Pederson is the former president of Reach Beyond and NRB, and currently serves FEBC as special liaison to Ed Cannon, the USA president and CEO.  Well-known for his years of broadcasting leadership, Pederson is the outward face of FEBC, representing the organization in public and to the media. Pederson retired as president of Reach Beyond in 2016, having led the Colorado-based international broadcast, health care, and leadership development ministry for eight years. Prior to that, he served at Moody Radio and Northwestern Radio in Minneapolis. He received the 2018 NRB William Ward Ayer Award for Distinguished Service.