On this edition of Equipped, Chris Brooks sits down with Pastor Bryan Loritts to discuss the pains and joys of American Evangelicalism and the divisions that so often haunt us. Bryan has walked the halls of American evangelical communities for decades and has a perspective that many of us need to hear if we are to flourish as the Body of Christ. 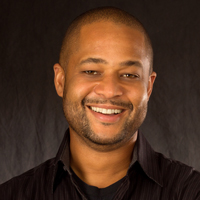 Dr. Bryan Loritts is the privileged husband of Korie and the graced father of three sons--Quentin, Myles, and Jaden.  He is the president and founder of The Kainos Movement, an organization committed to seeing the multiethnic church become the new normal in our world.  He is an award-winning author of seven books including Insider Outsider and his latest release, The Dad Difference.  Dr. Bryan Loritts co-founded Fellowship Memphis in 2003. In addition to his responsibilities as a Pastor, Bryan travels extensively throughout the world preaching the Good News of Jesus Christ at conferences and events, as well as serving on the Board of Trustees for Biola University and Pine Cove Christian Camps. He has also received the Lifetime Achievement Award for Outstanding Achievement in Leadership from the Thriving Organization.