One of the most significant questions this generation is asking is, ‘Who am I’? There are constant forces vying for our attention and encouraging us to form our identity based upon our sexuality, political persuasion, and ethnicity. But Scripture tells that our primary identity is in Christ.  Join us for a special edition of Equipped and learn what it means to have a Christ-formed Identity. 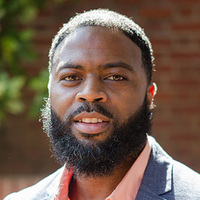 William “Duce” Branch is a Christian Hip Hop Artist and also serves as Assistant Professor of Preaching and Bible and Undergraduate Chapel Coordinator for the College at Southeastern, Wake Forest, NC.  Duce began studies at Philadelphia Biblical University and eventually graduated from Lancaster Bible College and received his Masters in Theology from Dallas Theological Seminary. He went on to co-plant and co-pastor an urban church in North Philadelphia.
As a Christian hip-hop artist, Duce has recorded independently and as a founding member of The Cross Movement. He is married to Michelle Branch and they have five children.