Science and the Christian

Can Christians study science without compromising our faith - or do we have to choose between Christianity and science?  This question has caused a crisis of faith in many students.  On the next edition of Equipped we will explore the ways scientists in every generation have united their faith with their vocation. Learn to move into scientific study with confidence and speak boldly to a watching world – on Equipped with Chris Brooks! 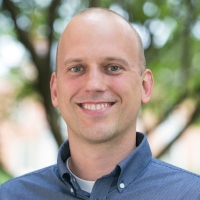 Josh A. Reeves (PhD, Boston University) is a project administrator in the Samford University Center for Science and Religion in Birmingham, Alabama. In that role, he manages the New Directions in Science and Religion project, which brings constructive science and religion dialogue into the church. Before coming to Samford, he completed a two-year post-doctoral fellowship at the Heyendaal Program on Theology and Science at Radboud University in the Netherlands. Josh and his wife, Courtney, have two daughters.