Be Part of the Counter Culture

Christians today face the unique challenge of engaging controversial topics in the public square. From homosexuality to abortion and assisted suicide, it’s helpful to know how to engage emotionally-charged issues with wisdom and from a biblical perspective. David Platt, founder of Radical, Inc., describes how Christians can offer an unapologetic and winsome witness to the truth in the current cultural battlefield. 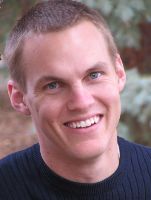 David Platt is the Pastor Teacher at McLean Bible Church, in the metro D.C. area. Previously, he served as President of the International Mission Board of the Southern Baptist Convention and pastor of The Church at Brook Hills in Birmingham, Alabama. David is the author of several books including, Radical, Radical Together,  and Counter Culture. He also founded Radical, a ministry devoted to disseminating disciple-making resources so the Gospel can be made known to the ends of the earth.
David holds Master's degrees of Divinity and Theology and a Doctorate of Philosophy from New Orleans Baptist Theological Seminary.