Jesus broke all the rules when He reached out to a woman everyone else rejected and He continues to go the distance to reach you and me!  Do you long for a relationship with Jesus?  Are you praying for someone to come to Christ?  Join Chris Brooks for a deeply encouraging edition of Equipped as Pastor Don Cole shows us that our God seeks US even when we are not looking for Him! 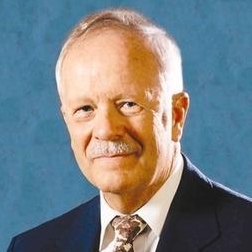 For 26 years, Pastor Don Cole ministered to multitudes each week on Moody Radio’s Open Line, answering Bible questions from listeners. He also contributed to the "Christian Perspectives on the News" and "The Living Word" broadcasts. Prior to working at Moody Radio, Pastor Cole and his wife, Naomi, served the Lord as missionaries in Angola for nearly 20 years. He was also on the faculty of Emmaus Bible College of Dubuque, IA. His life was summed up by his granddaughter Ariana who said, "He loved Jesus, and because he loved Jesus, he loved people."  Pastor Cole and his wife Naomi passed away in August 2012 within two weeks of each other, having been married for sixty-five years.