What does the Bible say about children who don’t have families to care for them? Jedd Medefind explores the Biblical mandate for orphan care with a special focus on the National Foster Care Initiative. He will also explore the many roles we can play in caring for the growing number of children who need a stable home. If you think Foster Care isn’t for you, think again! You may be just the person God can use to support children and families in a way you never expected to do! 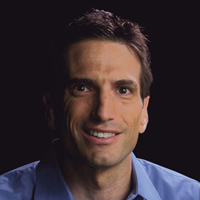 Jedd Medefind serves as President of the Christian Alliance for Orphans (CAFO).  CAFO unites more than 190 respected organizations working together to inspire and equip Christians for effective foster care, adoption and global orphan care.
Prior to this role, Jedd led the White House Office of Faith-Based and Community Initiatives under President George W. Bush. Jedd also held a range of posts in the California State Legislature and has worked, studied and served in more than thirty countries.
Jedd has written many articles and four books, most recently Becoming Home .
Jedd and his wife Rachel live in California and have five children, one by adoption, and are currently foster parents as well.