Millions watched as the Philadelphia Eagles carried the football to Super Bowl victory last year.  What they did not see was the spiritual victory in the lives of many Eagles players.  Sportswriter Joshua Cooley reveals the inside story of 6 players who remained committed to the Lord even as they struggled through the highs and lows of a season to remember! Learn what it takes to have a genuine faith – as an athlete and a fan!   Catch it all on Equipped with Chris Brooks! 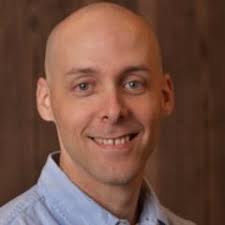 Joshua Cooley is a New York Times bestselling author, a sports writing veteran of 20-plus years, and a full-time children’s minister. His latest book is The Biggest Win: Pro Football Players Tackle Faith. Also in 2018, he teamed with Super Bowl LII MVP Nick Foles to co-author the star quarterback’s bestselling memoir, Believe It.
Joshua has written the Heroes of the Bible Devotional and The One Year Devotions With Jesus, among his other books. He is the fulltime children’s minister at Chapel Hill Bible Church and lives with his wife and four children in Durham, N.C.