We could be the most overrated generation America has ever seen with so many opportunities yet so little real impact on those around us. Pastor Eugene Cho has a confession. He says “I like to talk about changing the world but I don’t really like to do what it takes.”  And so began a journey toward justice and personal transformation. He joins Chris Brooks on Equipped to share his story and remind us of the transformational power we have in Christ to be change agents in the world – beginning with ourselves! 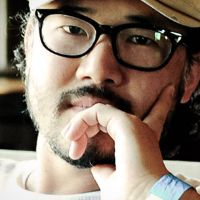 Eugene Cho is the founder of One Day's Wages– a grassroots movement of people, stories, and actions to alleviate extreme global poverty. He is also the founder and lead pastor of Quest Church, an urban, multicultural and multigenerational church in Seattle, Washington, where he lives with his wife Minhee and their 3 children.
Born in South Korea, he immigrated to the US at age six and grew up in San Francisco. He studied psychology and theater at UC Davis and received his theological degree from Princeton Seminary.