Faith of our Founding Fathers

Political polarization and questions about the trustworthiness of government, have been around since the time of the Founding Fathers. But Wheaton College History Professor Robert Tracy Mckenzie says they subscribed to the biblical principle that humans are fallen, and wrote the US Constitution to frame a republic intended to handle our weaknesses. He sits down with Ed Stetzer to talk about what the Fathers would say to us today. 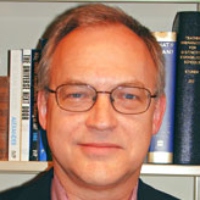 Robert Tracy McKenzie joined the History Department at Wheaton College after twenty-two years on the faculty of the University of Washington, where he held the Donald W. Logan Endowed Chair in American History. For most of his professional career, his research has focused on the effects of the American Civil War on the economy and society of the Upper South. Since coming to Wheaton, Professor McKenzie has turned his attention to the ways in which American evangelicals have remembered their national heritage. He's written many books, including The First Thanksgiving: What the Real Story Tells Us about Loving God and Learning from History and We the Fallen People.