In such crazy times, we all could use a good laugh once in a while. Christian writer, producer and comedian Dan Rupple has built his career on making people laugh. Ed Stetzer sits down with him to talk about his life in the entertainment media and how his faith has shaped his work on a national stage. 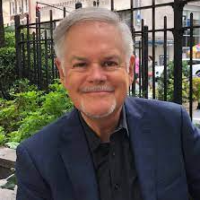 Dan Rupple has worked within the highest ranks of network television and on the forefront of digital media.  In his early years, Dan formed a Christian sketch comedy group Isaac Air Freight. At the helm of Isaac Air Freight, Dan wrote and produced eight top-selling comedy albums, numerous radio and television programs, and performed in over 1200 concerts gaining them worldwide popularity. Dan was Production Supervisor for "The Price Is Right" and also supervised all west coast productions of Late Show with David Letterman, The 49th Prime Time Emmy Awards and Family Feud. Dan served as a consultant on the Inspirational Comedy Film Series, "Thou Shalt Laugh." Dan is the Honorary Chairman of the Christian Comedy Association, serves on the Biola Media Conference Executive Advisory Board and serves as an advisor to the Windrider Forum at the Sundance Film Festival. Dan serves as CEO of Mastermedia International, a respected voice of faith and trusted Christian presence within the global media industry.