The pandemic has revealed inequities in our cities and communities that have been ignored. Inequities in health, economics, joblessness. In many cities this is leading to increased crime and violence. Ed Stetzer sits down with Football Hall-of-Famer Mike Singletary to talk about the need to look up to our heavenly Father for a new perspective on the solutions to these problems. 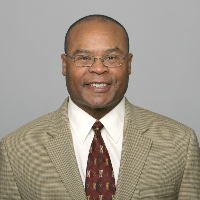 Mike Singletary was the middle linebacker for the Chicago Bears, playing for them for 12 seasons, including their World Championship Super Bowl season of 1985.  He's coached for the Baltimore Ravens, the San Francisco 49ers, Minnesota Vikings and Los Angeles Rams. In 1998, he was voted into the Football Hall of Fame. Mike is also a motivational speaker and speaks about the problems facing our cities and our need for God.