Father's Day is coming. It's a great time to thank our dads... and look at what the role of a father plays in both our families and our lives. Grammy award winning musician Michael W. Smith sits down with Ed Stetzer to talk about what he's learned in his own life of being a dad and a grandfather... and what his own father taught him about our heavenly Father on Ed Stetzer Live. 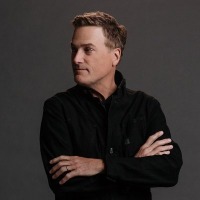 Michael W. Smith has been performing to sold-out crowds around the world for more than 35 years. He's written and recorded over 36 No. 1 songs, been honored with three GRAMMY® Awards and 45 Dove Awards, one American Music Award, was inducted into the Gospel Music Hall of Fame and has sold more than 15 million albums. Smith has raised funds to battle AIDS in Africa, started Rocketown, a safe haven for young people in Tennessee to meet and find hope; and has helped more than 70,000 children through Compassion International. He has written several bestselling books, including his latest The Way of the Father.