The Intersection of Art and Faith 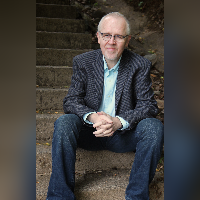 Brian Bird is co-creator and executive producer of the top-rated Hallmark Channel series "When Calls the Heart", which premieres its eighth season next weekend. He has written and/or produced two dozen films, including "The Case For Christ", and nearly 350 episodes of network television, including "Touched By An Angel", "Step By Step" and "Evening Shade". He has also written and spoken widely about the intersection of art and faith.