Millions of people all over the world are beginning to take the vaccine for Covid-19. The virus has killed nearly 400-thousand people in the U.S. and more than 2 million people worldwide. Ed Stetzer talks with National Institutes of Health Director Dr. Francis Collins about the work going on here and around the world, the vaccines and some of the work that God may be doing through this pandemic. 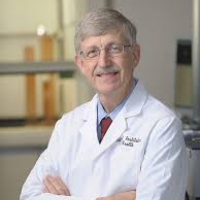 Francis S. Collins, M.D., Ph.D. was appointed the 16th Director of the National Institutes of Health (NIH) by President Barack Obama. In that role since 2009, Dr. Collins oversees the work of the largest supporter of biomedical research in the world.  Dr. Collins is a physician-geneticist noted for his landmark discoveries of disease genes and his leadership of the international Human Genome Project, which culminated in April 2003 with the completion of a finished sequence of the human DNA instruction book. He served as director of the National Human Genome Research Institute at NIH from 1993-2008.  He was awarded the Presidential Medal of Freedom in November 2007, and received the National Medal of Science in 2009. He was also named the 50th winner of the Templeton Prize, which celebrates scientific and spiritual curiosity.