The riot at the U.S. Capitol this week has shocked the nation and the world.  But as believers, it shines perhaps an even greater spotlight on the fact that our foundation is not of this world but in God's Kingdom.  Ed Stetzer talks with the Colson Center's John Stonestreet about how to make sense of events and keep our faith fixed securely on God. 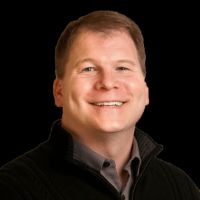 John Stonestreet is a speaker and Fellow of the Chuck Colson Center for Christian Worldview. He is a communicator on areas of faith and culture, theology, worldview, education and apologetics. He is the co-host of BreakPoint, and the voice of The Point, a daily national radio feature on worldview, apologetics and cultural issues.