Today’s youth struggle with difficult questions of sexual identity and gender.  The culture's view on these issues are changing and that often makes it tough on knowing how to talk with our teens and others we love about these issues.  Wheaton College Professor Mark Yarhouse talks with Ed Stetzer about how to discuss sexual identity while being faithful to Scripture, informed by science and sensitive to the culture. 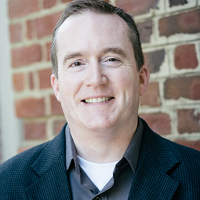 Mark Yarhouse is a clinical psychologist who specializes in conflicts tied to religious identity and sexual and gender identity. He assists people who are navigating the complex relationship between their sexual or gender identity and Christian faith. He is the Dr. Arthur P. and Mrs. Jean May Rech Chair in Psychology at Wheaton College, where he runs the Sexual and Gender Identity (SGI) Institute.He was a past participant with the Ethics and Public Policy Center think tank in Washington, DC, and he was named Senior Fellow with the Council of Christian Colleges and Universities to conduct a study of students navigating sexual identity concerns at Christian colleges and universities. He is currently the Chair of the task force on LGBT issues for Division 36 (Psychology of Religion and Spirituality) of the American Psychological Association.