It's August and many college students are heading back to school. Some online, some on campus and some a little bit of both. With Covid-19 cases rising, It's both a historic time in the world and a life-shaping time for these students. Ed Stetzer talks with Biola President Barry Corey about how to embrace the college years and make them count. 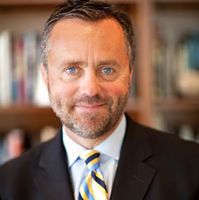 Dr. Barry Corey has been president of Biola University, a preeminent Christian university in Southern California, since 2007. He previously served as vice president for education at Gordon-Conwell Theological Seminary. Corey received a bachelor's degree in English and biblical studies from Evangel University, and a master's degree in American studies and a Ph.D. in education from Boston College. As a Fulbright scholar, he lived in Bangladesh, where he researched educational programs for children of the landless poor. He and his wife, Paula, live in Southern California and have three children.