A U.S. Government report reveals that on any given day nearly 5 million people are victims of forced sexual exploitation.  Human trafficking is real and it's happening all around us.  In our cities, suburbs and to people in our greater communities.  Ed Stetzer talks with Executive Director and Co-Founder of Naomi House, Simone Halpin, about what it takes for human trafficking survivors to overcome their past and how to give them a new start. 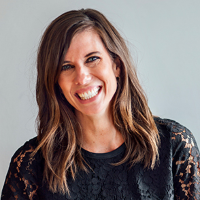 Simone Halpin joined the staff of Moody Church in September 2010. In her prior role as Director of Women’s Care, Simone’s vision for the women at The Moody Church is to live a life reflective of biblical womanhood — to know they are redeemed daughters of the true Redeemer, have a deep love for God’s Word, and hearts that reflect His glory. In 2016, that vision transitioned easily into her role as the Executive Director of Naomi’s House. Simone has her BS from Texas A&M University and her MS in Biblical Studies from Moody Theological Seminary.