Evangelizing in our Culture

The Evangelical movement has been in the headlines and a part of the national discourse over the last few decades. But the public understanding of what Evangelicals believe can differ from the truth of their faith. Religious historian Thomas Kidd talks with Ed Stetzer about this spiritual movement and how it impacts our culture today. 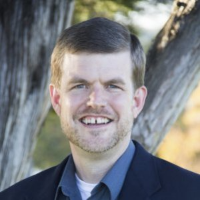 Thomas S. Kidd is an American historian, currently a Distinguished Professor at Baylor University and Distinguished Professor of Church History at Midwestern Baptist Theological Seminary.  Before becoming a professor, Kidd studied at the University of Notre Dame. He is a notable historian and author of such books as George Whitefield, a biography on the 18th-century Anglo-American preacher. Kidd credits George Whitefield as being "profoundly influential on the American nation's founding.