Millions of people have been martyred for their faith throughout history. And it continues today. But God is faithful, even in persecution. Ed Stetzer talks with missionary Gracia Burnham and Voice of the Martyrs' Todd Nettleton about how believers can rest in the love of Christ during persecution and how we can draw encouragement from their faith and their courage.​

Todd Nettleton is the Chief of Media Relations for The Voice of the Martyrs—USA and the host of The Voice of the Martyrs Radio. Todd serves as a voice for persecuted Christians, working to tell people in the United States about the faithfulness of Christ’s followers in 70 nations where they face persecution for wearing His name. The son of missionary parents, Todd did part of his growing up in Papua New Guinea, and the rest in Southern California. Todd and his wife, Charlotte, have two grown sons and two daughters-in-law.​ 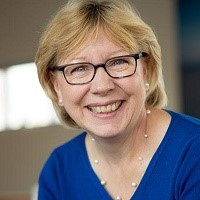 For 17 years, Gracia and her husband, Martin, served with New Tribes Mission in the Philippines, where Martin was a jungle pilot. While celebrating their 18th wedding anniversary at a resort, the Burnhams and other guests were kidnapped on May 27, 2001, by the ASG, a militant group of Muslims. In the ensuing months some of the hostages were killed, but most were set free. From November 2001, only the Burnhams and one other hostage remained in captivity.  During their captivity, they faced near starvation, constant exhaustion, frequent gun battles and intense soul-searching. On June 7, 2002, Martin was killed during an attack on the ASG camp by the Philippine military. Gracia was wounded. Gracia has written two books about her experiences, In The Presence of My Enemies and To Fly Again.