​Jesus told us in the Great Commission - to go out and spread the gospel at home and throughout the world.  Ed Stetzer talks with two missionaries who've done just that.  Jed Gourley of Calvary Church has planted churches in Ukraine, Kyrgyzstan and Georgia.  Elizabeth Hirmiz is an Iraqi Christian woman from Calvary Church who's worked with refugees who've fled ISIS.  Both tell their stories of bringing Christ's love and mercy to people and places often overlooked by poverty and violence. 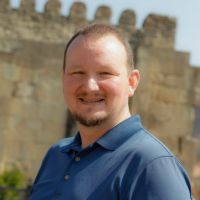 Jed Gourley is a missionary pastor at Calvary Chapel in Tblisi, Georgia.  At the age of 20, Jed took a year off from his studies and moved to Ukraine to assist in the planting of a church. More than 25 years later he still finds himself on the mission field, having also served in Kyrgyzstan.  He is the author of Distant Fields, a biography of his father-in-law, George Markey, with whom he served in both Ukraine and Kyrgyzstan.  Jed has a master's degree in diplomacy with an emphasis in conflict resolution.  Jed is married and has six children. 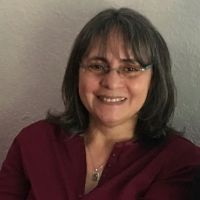 Elizabeth Hirmiz was born in Iraq to a Christian family.  She accepted the Lord as a child and in 1988, the Lord called her to serve him full -time with her home church in Baghdad. She studied Theology and finished her Master of Divinity and became an instructor with (Jordan Evangelical Theological Seminary) JETS.  Elizabeth has spent the last five years in Northern Iraq.  She established Immanuel Peace Center (IPC), serving the Lord with Iraq's churches, working with the refugees in Iraq and Turkey and with the Iraqis.