Have you ever thought of Jesus as a lawyer?  It may sound crazy, but Jesus was a great defender of the weak and the oppressed.  Join Ed Stetzer as he talks with Attorney John Mauck about how Jesus applied God's law to the laws of his time and how you can do that too. 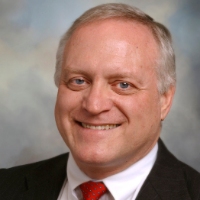 John Mauck has been an attorney for over 30 years, representing many churches and ministries in Chicago to provide religious land use in restricted areas of the city. His work drafting the Religious Land Use and Institutionalized Persons Act which became federal law in 2000 has helped congregations across the country freely worship. In addition, John practices constitutional law.  He has written several books, including "Jesus in the Courtroom".  John earned a Bachelor of Arts from Yale University and a Juris Doctor at the University of Chicago Law School.  He and his wife, Rosemary have four adult children, Andrew, Allyson, Elizabeth and John and two grandchildren.