Proof.  Facts.  Reason. Our society is constantly searching for evidence for what we believe.  So how do you convince skeptics to put their faith in something they can't see?  Ed Stetzer tackles this question Saturday in a discussion with New York Times bestselling author and Pastor Tim Keller.  You’ll also have the opportunity to participate in the conversation. Be listening as we debut Ed Stetzer Live, Saturday Morning at 11:00 A.M. CT 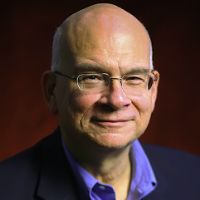 Timothy Keller is founder and pastor emeritus of Redeemer Presbyterian Church in New York City. The “Influentials” issue of New York magazine featured Keller as “the most successful Christian evangelist in the city” for his engagement with the young professional and artist demographics. He received his bachelor’s degree from Bucknell University in Lewisburg, Penn., his Master of Divinity from Gordon-Conwell Theological Seminary in South Hampton, Mass., and his Doctor of Ministry from Westminster Theological Seminary. He is the author of such New York Times bestselling books as The Reason for God, The Prodigal God, Making Sense of God and The Meaning of Marriage. He is also Chairman of Redeemer City to City, which has helped start over 490 churches in many of the most influential cities of the world. He lives in New York City with his wife Kathy. 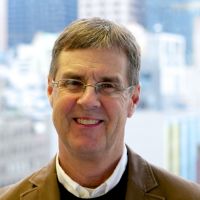 Walter Wood's ministry career has taken him through campus ministry with Cru, seminary (M.Div., D.Min.) in Jackson MS, a 12-year stint at Perimeter Church in Atlanta, and founding and senior pastor of North Cincinnati Community Church (NCCC) in Mason, Ohio.  He and his wife Becky planted the church in 1994, and over the 21 years, NCCC grew and was able to plant eight other churches in the Cincinnati area and beyond.  Walter has been working with Redeemer City to City (CTC) during his last three years at North Cincinnati, in several cities in Southern Europe, and now has been taken on by CTC in a full-time capacity.