Worship as a Way of Life

She’s written about singleness and looking for the Proverbs 31 man. But her life took a turn when she moved to Ghana, West Africa, and began to focus on worship. Michelle McKinney Hammond will join us to talk about living, loving and overcoming by the wisdom we find in God’s Word. Need some encouragement? Don’t miss the conversation on Chris Fabry Live. 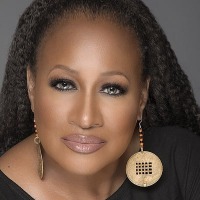 Known as the queen of reinvention, Michelle McKinney Hammond is the best-selling author of over 40 books, selling over 2 million copies worldwide.  She is a popular international speaker, relationship expert, and lifestyle coach. She is an accomplished singer/songwrite, an actress who has appeared in several television series and movies in Ghana, West Africa, as well as an Emmy Award -inning cohost of the U.S. talk show Aspiring Women. She has lived in West Africa since 2011.