For more than 25 years, the eight-time Grammy award winner Bill Gaither has been creating beautiful Christmas concerts. We’ll talk with him about his latest venture—All Heaven and Nature Sing with Bill Gaither and Friends. We’ll talk about his musical journey, the friendships he’s made, the mentoring he’s done—and more. Don’t miss Bill Gaither on Chris Fabry Live. 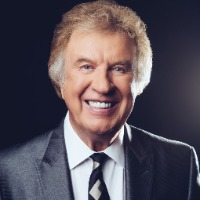 Bill Gaither had an insatiable love for music as an Indiana-born boy and grew to become an industry leader who would change the course of gospel music history through the songs he has written and through his influence as a mentor for other artists. He and his wife, Gloria, have written more than 700 popular gospel songs, including "Because He Lives" and "There’s Something About That Name," and have won numerous music awards. Bill and Gloria have collectively won eight Grammy Awards and more than a dozen nominations, and they have received more than two dozen Dove Awards from The Gospel Music Association, earning the title of Gospel Music Association’s “Songwriter of the Year” eight times. Bill and Gloria live in the same home in which they raised their family in Alexandria, Ind.