We are told in Scripture to seek peace and pursue it. Jesus said the peacemakers are blessed. Friday on Chris Fabry Live—a song and a question. The song is about something that happened in history at Christmas. The question is—how are you doing at peacemaking? What steps are you taking to bring calm and hope in a relationship? Don’t miss a "Best of" conversation on Chris Fabry Live. 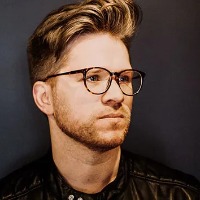 Elias Dummer co-founded and fronted one of Canada’s most acclaimed worship bands, The City Harmonic. He released his solo debut, The Work Vol. I, in 2019 and was named Breakthrough Artist of the Year at the 2020 Covenant Awards. In addition, his debut single, “Enough,” spent 26 weeks on Billboard’s Christian Airplay chart. With more than 65 million lifetime streams to date, Elias' music—both as a solo artist and with The City Harmonic—appeared on charts in more than 30 countries around the world in 2020 alone. He and his family now reside in Nashville. His second solo project, The Work Vol. II, released in 2022.