In the Studio with Chosen Road

Get ready for some down-home picking and singing as we hear the hearts and music of the award-winning bluegrass ensemble—Chosen Road. They stopped by the studio a few months ago to play a little music and share their hearts. Guitar, mandolin, bass, banjo, fiddle, and dobro. Tune in to tap your toe with Chosen Road on a "Best of Chris Fabry Live!" 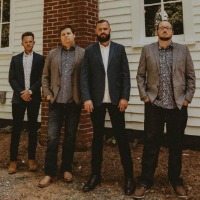 Chosen Road has carved a singular niche in the musical landscape with their world-class Appalachian instrumentation combined with a passion for sharing and living the Gospel. Comprised of founding member Jonathan Buckner, along with Zachary Alvis, Tyler Robertson and Josh Hicks, the group has been carefully honing their craft since 2009, releasing six albums and performing at festivals, fairs, churches and theatres across the United States as well as overseas. Their 2020 recording, Appalachian Worship, reached #4 on Billboard's Top Bluegrass Albums chart, and remained a fixture there for a notable 30 weeks. Throughout their career, the ensemble has garnered six Top 10 Bluegrass radio singles, including the #1 “When I Get Home,” and performed on stages alongside such greats as Doyle Lawson &amp; Quicksilver, Dailey &amp; Vincent, and The Isaacs. With deep roots in the Baptist tradition, the band has an ongoing partnership with the North American Mission Board’s (NAMB) Church Replant and Revitalization Team, where they help increase awareness about the number of churches closing their doors each year. Their latest recording, Appalachian Hymns, released in the fall of 2021.