A Story of Choosing Life

​A few years ago, a short documentary was produced about the life of David Scotton. Kirk Cameron and the Kendricks said, this has to be a film! Monday, the real David, whose story is portrayed in the movie Lifemark, will join us. We’ll about the journey to find his birth mom, Melissa, as well as how that affected his adoptive parents. Melissa also shares her story of choosing life for David. Don’t miss a moving conversation about the value of life on Chris Fabry Live.

"I Lived on Parker Avenue" Documentary 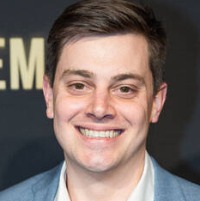 David J. Scotton was placed for adoption after his birth mother left an Indiana abortion clinic in 1993. At the age of 19, David decided he wanted to meet his biological family he's never known to thank them for giving him life and choosing adoption. David is the subject of the short documentary, I Lived on Parker Avenue, showing the real-life journey to meet his birth parents, a story which inspired the movie, Lifemark, produced by Kirk Cameron and the Kendrick Brothers. David is also a practicing attorney in the New Orleans, La., area and active speaker sharing his family's story. 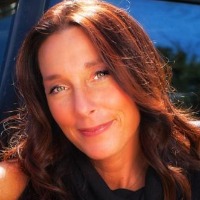 Melissa Coles was 18 years old and pregnant. Laying on the table awaiting the procedure that would terminate her pregnancy, a voice said ‘Get up! There’s still time.’ The touch of the doctor’s hand on her leg as he began preparation for the abortion brought Melissa back to reality. She jerked her feet out of the stirrups, sat up and said ‘Stop. I can’t do this!’ Nineteen years later, her son, who was placed for adoption wanted to meet her. The short documentary, "I Lived on Parker Avenue," about a mother’s agony in choosing what’s best, the joy of a couple starting a family, and young man’s search for where his life began has inspired the feature film, LIFEMARK, produced by the Kendrick Brothers and Kirk Cameron.