How did you know it was time? People will tell you, “Well, you’ll know.” But how did you know? On the next Chris Fabry Live, a man who will answer that question about his retirement—Paul Carter has worked with Moody Radio 46 years. You’ll hear from him, then we want to hear from you about the decision you made and how you knew it was time. Join us for Chris Fabry Live. 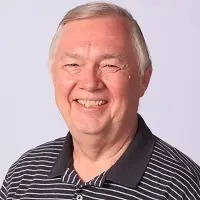 Paul Carter has been a part of Moody Radio since 1975. He grew up in northeast Ohio attending Central Christian High School and then Cuyahoga Valley Christian Academy. He began working for Moody Radio part-time as an announcer. After a few years at Moody Radio in Chattanooga, he returned to Moody Radio in Cleveland. Paul is currently the operations coordinator and afternoon announcer. Paul and his wife, Becky, attended Moody Bible Institute where Paul earned a degree in Communications. They have three children, enjoy gardening, and their grandchildren. They have a desire to pass on to the next generation what God has taught them by way of teaching Sunday School, men’s and women’s ministries, and discipleship. He will retire from Moody Radio on September 30, 2022.