The Impact of Being Known

It’s an incredible, true story. It shows again how the wound in a life can become a healing, redemptive force. Peter was living on the edge. He was ten years old when he ran away from home and lived on the streets in a city in Uganda. Today, his life is totally different because someone saw potential in him. Hear Peter’s inspiring story on Chris Fabry Live. 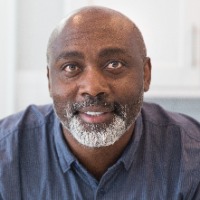 Peter Mutabazi is an entrepreneur, an international advocate for children, and the founder of Now I Am Known, a corporation that supplies resources that encourage and affirm children. A single father of two and foster dad to many, Peter is a former street kid who has worked for World Vision, Compassion International, and the Red Cross, and has appeared on media outlets such as the BBC and The TODAY Show. A passionate and popular speaker, he currently lives in Charlotte, North Carolina.