​She grew up in the foster care system as a bi-racial child whose mother was mentally ill. She lived in 12 foster homes. On the next Chris Fabry Live, hear how Tori Hope Petersen overcame the odds after an encounter with Christ. Now she advocates for foster care reform and adoption. Guest host Jon Gauger talks with Tori about her powerful story of finding faith and family through foster care. 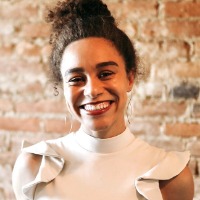 Tori Hope Petersen (Track and Field All-American) is a former foster youth letting her Abba be known. She is passionate about foster care reform, adoption advocacy, vulnerable populations, and seeing the love of God change people's lives. Tori speaks across the nation sharing her powerful story, but her favorite form of art and communication is writing. Her newest book, Fostered, came out in August 2022. Tori and her husband, Jacob, have the three sweetest kids: a biological son and daughter, Leyonder and Ezzeri, and an adopted adult son, Sar.