​It’s back-to-school time around the country. There are notebooks to buy and clothes and calculators. But what are the unique back-to-school struggles for parents and kids in a blended family? Director of Family Life Blended Ron Deal joins guest host Jon Gauger to give hope and help to those stressed during this time of transition. What’s your blended back-to-school struggle? Talk with Ron Deal on Chris Fabry Live. 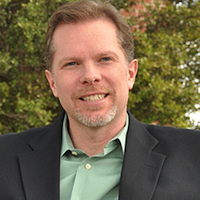 Ron Deal is director of FamilyLife Blended®. He is a family therapist and conference speaker specializing in marriage enrichment and stepfamily education. His top selling books and online articles make him one of the most widely read and referenced authors on stepfamilies in the world. He is a member of the Stepfamily Expert Council for the National Stepfamily Resource Center and is a licensed marriage and family therapist and licensed professional counselor. He and his wife, Nan, have been married since 1986 and have three boys.