​For centuries, skeptics have disputed the claims of Christianity—such as the resurrection of Jesus. A rational person can’t possibly believe that. On Chris Fabry Live, theoretical chemist and apologist Neil Shenvi will tackle some of the best contemporary arguments against Christianity and give compelling evidence that supports the truth of the Gospel. Don’t miss Chris Fabry Live! 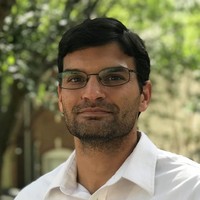 Neil Shenvi received his Ph.D. in theoretical chemistry at the University of California, Berkeley, and worked at Yale University and Duke University, publishing over 30 articles on quantum computation, spin physics, and electronic structure theory. After becoming a Christian in graduate school, he became interested in the intersection of science and religion, the reliability of the New Testament, and philosophical arguments for the truth of Christianity. He attends Summit Church in North Carolina with his wife Christina and their four children.