The Secret Society of Success

​To be successful, you need to get in the spotlight and climb the ladder. You need to do whatever it takes to succeed. That’s what culture will tell you about success. But Tim Schurrer says there is another way. A better way. And it’s not about fame, money or power. How do you become part of the secret society of success? Find out on Chris Fabry Live. 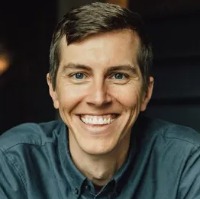 Tim Schurrer was the right hand to Donald Miller for almost a decade as COO of StoryBrand. During his time working at StoryBrand, as well as at TOMS Shoes and at Apple under Steve Jobs, he discovered a secret society of people who taught him a new way to define success that's counter to what culture is selling. For most people, success is within their grasp—they've just been looking for it in all the wrong places. Tim is on a mission to give them the map because everyone deserves a life and career they love. Tim lives in Nashville, Tenn., with his wife, Katie, and their two kids.