Becoming the Man You Were Made to Be

​Society says to men, "Show us what you're made of! Measure up!" God says, "I know what I made you for." On Chris Fabry Live, police officer turned pastor, Anthony Delany shows us the six facets of a man. Do you know what they are? How do you move toward becoming the man you were made to be? Don't miss the encouragement and challenge on the next Chris Fabry Live. 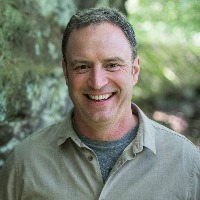 Anthony Delaney served as a police officer in inner city Manchester, England for ten years before going into church leadership. He now leads Ivy Church, a multiplying movement which meets at various sites, and lectures on church planting leadership. As movement leader for New Thing in western Europe, he trains and deploys apostolic leaders and church planters across the globe. He founded LAUNCH:Church Multiplication Catalyst, a global community drawing together hundreds of church and network leaders to be inspired and commissioned to multiply disciples, leaders, churches, and movements. He is married to Zoe, and they have three adult children and four grandchildren.