She was known as America’s Radio Sweetheart. Nancy Turner began her broadcast career in the 1960s and eventually made her way to Moody Radio. After 50 years, she’s turning the page, but not before we talk about the power of radio, the way listeners ministered to her, and how you make big decisions like this. Hear the story of Nancy's radio journey on Chris Fabry Live. 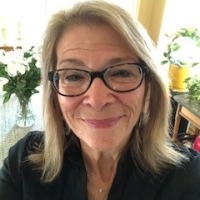 Nancy Turner has been heard on the radio for over five decades. She was heard in Chicago on WMAQ, Satellite Music Network, US 99, Kix Country, WLS, Radio Disney, and most recently on Moody Radio. At Moody Radio, she hosted This is the Day, the "In the Green Room" podcast, Music for Sunday, and was also heard daily on the Praise and Worship Channel digital stream, the Moody Radio Network, Moody Radio Chicago, and Moody Radio Cleveland. She began her radio career while in high school and has continued broadcasting ever since. She has hosted various television programs including the Muscular Dystrophy Telethon, Country Music Today, and various PBS fundraisers. Nancy has a daughter and son-in-law and loves to encourage those around her every day.