Friday on a 'Best of Chris Fabry Live," Cece’s back with a song that’s encouraging people around the globe. She is the bestselling female gospel artist of all time with Doves and Grammy’s and Stellar awards. Cece Winans returns for a conversation about life and music and why you can put your trust and faith in God. Don’t miss a Cece Sigh, along with a great conversation, on Chris Fabry Live. 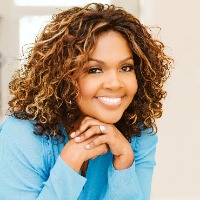 CeCe Winans is a singer, an author, a philanthropist and a businesswoman. She's hosted her own television show and has even moonlighted as an actress. She's a wife, a mother, a sister, a daughter and a friend.