Learning to Live from a Heart of Rest

Thursday on a "Best of Chris Fabry Live," how to love from your “belovedness.” That’s the concept singer, songwriter and worship leader Christy Nockels says changes everything. She says that most of our lives are lived in the outer rings of life’s target, caught in the hustle and striving of the culture. But what if we lived in the bullseye, in the center of God’s love? Hear Christy Nockels on Chris Fabry Live. 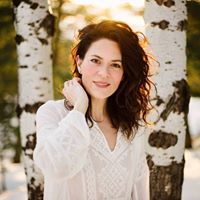 Christy Nockels is a worship leader and singer-songwriter with a passion for writing and speaking. Her podcast, The Glorious in the Mundane, inspires listeners to find the wonder of God at work in their everyday moments. Christy has released seven solo albums with sixstepsrecords and her independent label, Keeper’s Branch Records. Previously, she toured nationwide with her husband, Nathan, as the duo Watermark, recording seven #1 radio singles and five acclaimed albums. She also served on the worship team at Passion City Church in Atlanta and has participated in Passion Conferences since its inception. She lives in Franklin, Tenn., with her husband and their three children.