Canary in the Coal Mine

Wednesday on a "Best of Chris Fabry Live," we’re going back to Austin, Indiana. It’s just north of Louisville on I-65. When Dr. Will Cooke set up a practice in the community, he had no idea the town was being torn apart by poverty, addiction, and life-threatening illnesses. He decided he had to do something. We’ll talk about his decision to fight a silent epidemic that exposed a national health crisis. Hear about it on Chris Fabry Live. 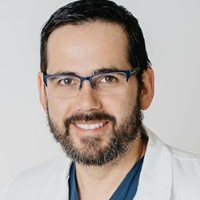 William Cooke, M.D., F.A.A.F.P., A.A.H.I.V.S. is a Fellow of the American Academy of Family Medicine, specializing in family medicine, addiction medicine, and HIV medicine. He has received national recognition for his work serving the rural community of Austin, Indiana, with limited resources. His work has been covered by CBS, NBC, PBS, the BBC, USA Today, the New York Times, NPR, and others. He was named Family Physician of the Year by the Indiana Academy of Family Physicians in 2016 and the National Physician of the Year by the American Academy of Family Physicians in 2019. In 2019, he joined the ranks of two U.S. Surgeon Generals and a former Secretary of the U.S. Department of Health and Human Services by receiving the Ryan White Distinguished Leadership Award. He lives outside of Austin, Ind., with his wife Melissa and six children.