The Power of the Gospel

​A young soldier named Winfred was standing in the PX, the shopping center at the military base, when a man gave him a little booklet that changed everything for him. Dr. Winfred Neely joins us to talk about the power of the Gospel in his own life—and the power it has for you and me in a world that feels like it’s falling apart at the seams. Don’t miss Chris Fabry Live. 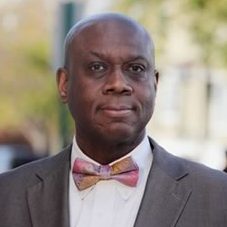 Dr. Winfred Neely (D.Min. Trinity International University; Doctoral degree in Old Testament at the University of Bristol, England) is vice president and dean of Moody Theological Seminary. He is also currently senior pastor of Judson Baptist Church in Oak Park, Ill. He has served as a missionary/pastor in Senegal, West Africa, for nine years. He and his wife, Stephne, have been married for forty years and have four adult children and ten grandchildren.