​We’re going to get an update on the situation in Ukraine. Pastor Sergey, whose church is near Kyiv, has been tirelessly working to safely evacuate people. But there’s been tragedy in that effort. Across the border, another Sergey is trying to get food and supplies to those who are fleeing the war. We’ll talk with them both on Chris Fabry Live. 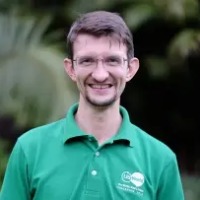 Sergey Sologub is pastor of Irpin Bible Church in Kyiv reg., Ukraine. He graduated from the the Institute of Preparing of Church Ministers (CLZ) in Irpin, Ukraine, and is completing his studies at Ukrainian Baptist Theological Seminary in Lviv, Ukraine. Prior to becoming a pastor he served for seven years with Youth for Christ. He and his wife, Tatiana, have three children. He considers acknowledging God and leading others to know Him to be his life calling.