​You may know her from her work with the Gaithers and their Homecoming videos. Music runs in her family—she’s the sister of Michael Tait of the Newsboys and DC Talk. Hear the heart of singer and songwriter Lynda Randle. Her latest project is Pilgrim Journey—and it’s a reflection of her desire for the church to embrace racial reconciliation. Don’t miss the encouragement on Chris Fabry Live. 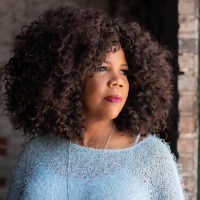 Seamlessly traversing a range of genres, singer/songwriter, author, speaker, and television personality Lynda Randle is one of Christian music’s most distinct voices. A familiar face at Gaither Homecoming events and on Homecoming videos through the years, her arrangement of “God On The Mountain” is the most popular video on the Gaither Music TV YouTube Channel with over 58 million views. Garnering a Dove Award for her 2004 recording, A Tribute To Mahalia Jackson, Randle has performed at a Billy Graham Crusade; was among the official entertainers for the 98th National Christmas Tree Lighting Ceremony in 2020; and has appeared at events featuring such musical legends as Andraé Crouch and Gladys Knight, among others. Lynda and her brother Michael Tait headline the popular “Together For Christmas Tour” each year, and Lynda is the creator and host of the annual “A Woman After God’s Own Heart” conference.