​When the abuse starts, that's when enough is enough. We have an important topic that isn't addressed enough in the church. Abuse in marriage. What do you do? Dr. David Clarke says the number one rule is to get to safety and go there now. But what happens afterward? If there's abuse in your marriage, don't miss the conversation on Chris Fabry Live. 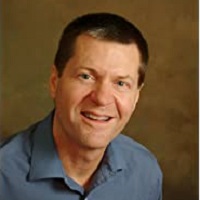 David E. Clarke, Ph.D., is a Christian psychologist, speaker, and the author of fifteen books, including I Don't Want a Divorce, My Spouse Wants Out, and I Don't Love You Anymore. He is a graduate of Dallas Theological Seminary and Western Conservative Baptist Seminary. He has been in private practice for more than thirty years, focusing on marriages in crisis. He and his blonde wife, Sandy, live in Tampa, Florida. They have four children and four grandchildren (so far; they have asked for more grandkids).