With a Little Help From My Friends

We’re going to talk about getting by with a little help from a friend. Keith Getty joined us a few months ago and told a story about some friends who helped form his life in a time of crisis. Today, you can give tribute to the friend who helped you. How do you become a friend like that? How do you find one? Don’t miss the friendly encouragement on Chris Fabry Live. 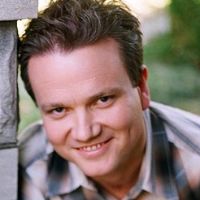 Keith Getty is a modern hymn writer. In re-inventing the traditional hymn form, Keith and his wife Kristyn have created a distinguished catalogue of songs teaching Christian doctrine and crossing genres by connecting the world of traditional and classical composition with contemporary and globally-accessible melodies. 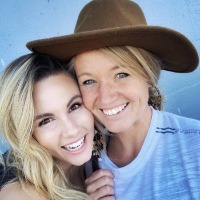 Jess Johnston (R) lives in Southern California with her husband and four kids who are the loves of her life. Her favorite thing to do is to sit around a table with her best friends, eating nachos and laughing until her stomach hurts. She has been a top contributor to publications such as HuffPo, Scary Mommy, and Motherly, and has been honored with Motherly's Writer of the Year Award. She is the coauthor (with Amy Weatherly) of I’ll Be There (But I’ll Be Wearing Sweatpants).

Amy Weatherly (L) is a Texas girl through and through, which is where she lives with her husband, three kids, and two rescue dogs--Lou and Brewster. She is passionate about helping women embrace courage, confidence, and purpose for their life, and she does it with a quick wit and down-to-earth sense of humor. She has written for the Today Show, MSN.com, Good Morning America, Yahoo.com, and Love What Matters. She is the coauthor (with Jess Johnston) of I’ll Be There (But I’ll Be Wearing Sweatpants). 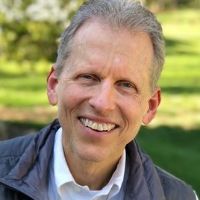 ​Bill Delvaux is a graduate of Duke University and Trinity Evangelical Divinity School. He has been a church planter, a high school Bible teacher, and a running coach. In 2012, he pioneered Landmark Journey Ministries to help men connect their stories to God’s story through retreats and spiritual direction. His greatest claim to fame is being married to Heidi for over 30 years and having two amazing daughters. He and his wife currently reside in Franklin, Tenn.