​If you’re a man and you are living under the weight of guilt about an abortion in the past, don’t miss Chris Fabry Live. David Williams will be speaking at the March For Life—his life was greatly affected by an abortion he persuaded his girlfriend to have. He’s found freedom from that guilt. Then, we want to hear from you about men and abortion. That’s coming up on Chris Fabry Live. 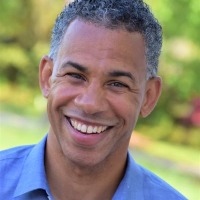 David Williams is a speaker and evangelist. At the age of 19, he encouraged his first girlfriend to have an abortion thinking that this was best for their futures. David knows the pain that men experience who have suffered the loss of fatherhood due to a past abortion. Yet he also knows the forgiveness, grace, healing, and transforming power of Jesus Christ available to men suffering from abortion. David serves as a volunteer staff with SaveOne, an international ministry that helps men, women, and families recover after abortion. He is on the leadership team of the Men's Ministry Network with Pregnancy Centers in Florida under the umbrella of the Florida Baptist Children's Home and a member of MAN (Men and Abortion Network). David and his wife, Terea, and their six children live in Orlando. David also has an adult son who lives in Pittsburgh, Penn.